When Medication Harms: Can You Be Compensated?

Medication has come a long way since the days of "medicine men" selling all kinds of remedies door to door. Now, drugs must pass through an extensive testing and screening process before they can be prescribed to patients by doctors. Unfortunately, even carefully researched drugs can and do cause problems in some cases. If you or a loved one has been harmed by a drug, read below and learn more.

Even drugs that have been around for a while can suffer from manufacturing or distribution issues. A case in point is a compounding pharmacy that allowed components to be contaminated. Hundreds of people were sickened and died as a result of taking a medication contaminated with meningitis fungus. In this case, victims can and should sue the compounding pharmacy or any medication outlet that fails to properly care for the drugs they dispense. You cannot, however, sue a pharmacy for dispensing a drug that was not tampered with and that came directly from the manufacturer.

While the Federal Drug Administration (FDA) does a good job of approving drugs, people are still harmed every day. One reason harmful drugs get through is that it's nearly impossible to know how every single person will be affected by a drug. To be paid compensation from a drug maker, you must prove that they failed to properly test the drug or that they knowingly released a harmful drug to consumers. In many cases, the drugs themselves are safe, but the side effects in certain populations may be life-threatening. If you experience unexpected and life-changing side effects, see your doctor and follow up with a personal injury lawyer once you know the drug was the cause.

As you might know, all drugs have the potential to cause harm if not taken as directed. For example, opioid pain relievers can be effective but can lead to addiction. They are under scrutiny not because of their safety but because of false claims by drug salespeople to doctors. This type of case is not typical of most but points out that being compensated as a result of a drug issue is more complex than you might realize. Doctors can also be sued if they contributed to addiction problems along with the drug-maker. In other cases, drug manufacturers place multiple warnings on drug packaging in an attempt to shed potential liability for any side effects. While all consumers have a duty to heed the warnings, package warnings may not absolve a maker from litigation.

Suing a pharmacy, a doctor, or a big drug maker can be scary. Speak to a personal injury lawyer from a firm like Buckley  Law Office about the way a drug has harmed you or a loved one right away. 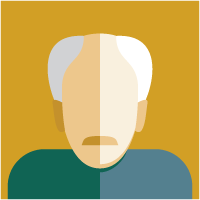